Elephants are the largest terrestrial animals on Earth and serve as a symbol of natural habitats of Asia and Africa, but not only that, they are also critical in the ecosystem. Using their huge mass to push trees over, the forest grows in response as a mosaic of forests and grasslands. At the same time, while moving over a wide area they deposit droppings all around, from which seeds grow and create new forests. By conserving elephants, we protect the large ecosystem where they live and all the other animals there too. 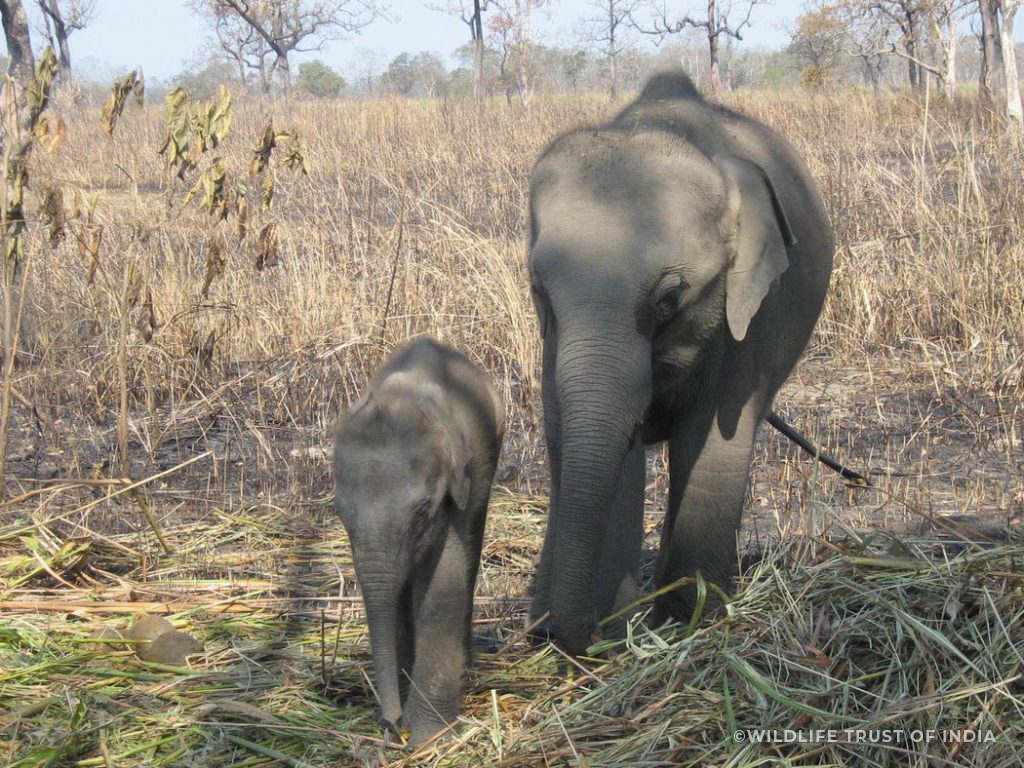 The estimated total of elephants living in India is about 27,000 elephants. This makes up almost 60% of the total population of 42,000 Asian Elephants. The northeastern region of India has the third highest population in the country.

Maintaining this high population comes with its own challenges like human-wildlife conflict. This project undertaken by JTEF and the WTI was carried out in Karbi Anglong, Assam. With two large wildlife habitats (protected areas) being connected by a wildlife corridor, it is important to ensure the safety for humans and the wildlife that live in the area. 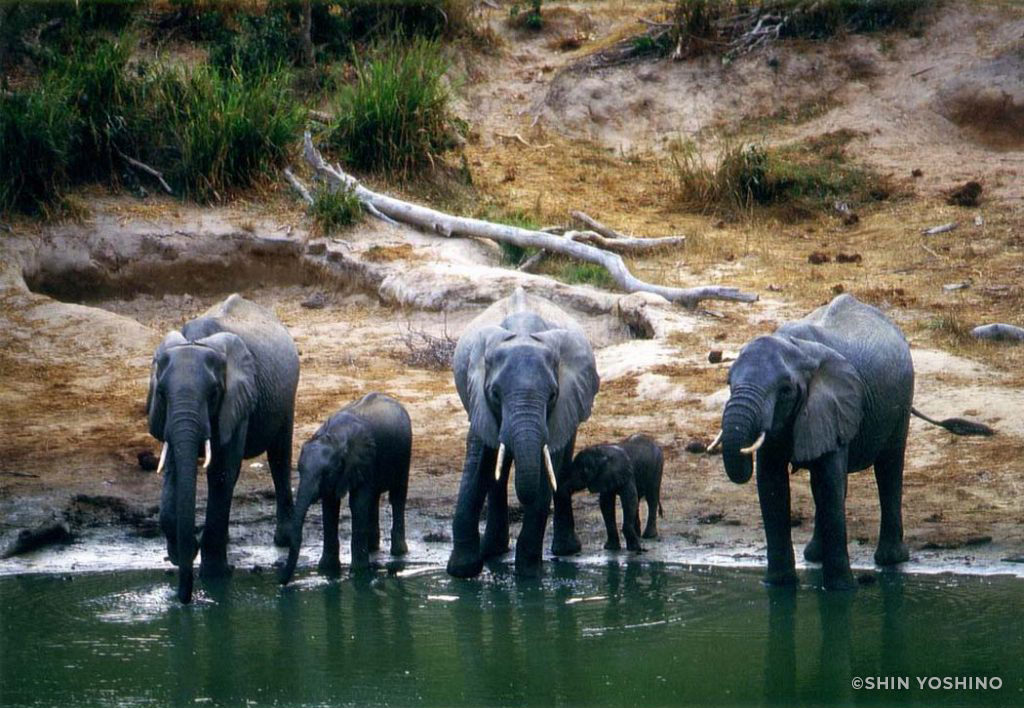 Every year 20,000 – 30,000 or more African elephants are illegally killed for the purpose of collecting their Ivory. In addition to the ban of international ivory trade, the CITES (Convention on International Trade in Endangered Species) had agreed to take steps to close every legal domestic market in the world in order to save the remaining wild elephants (October 2016).

Therefore JTEF has made requests to all retailers of Ivory within Japan to voluntarily discontinue all ivory sales, while at the same time making policy recommendations to the Government of Japan to ban sales and take steps to officially close the domestic sales of Ivory. In order to present a solid argument to officials, JTEF has been conducting research into the current Japanese ivory market, confirming illegal conditions of the trade actually occurring here, and testing the effectiveness of the ivory management conducted by Japan.

All elephant species are listed on the IUCN (International Union for Conservation of Nature) Red List.

A large problem for these large mammals is that vast areas of their habitat have constantly been altered by humans. Forests and grasslands are often converted into farmland, settlements, destroyed for mining operations (coal, roads, railways, etc). As human populations grow, the demand on natural areas increase and the land is divided into small patches of green. It becomes like a patchwork, where only small remnants of usable space is left. In the worse cases only a small fragment of forest remains surrounded on all sides by villages and farmland and eventually, even these pockets may disappear totally.

Since the forest is disappearing and the farmland is just outside of these fragmented forests, there are increasing problems with more elephants who enter these farmlands. At times villagers might be killed or injured as they try to protect their crops. This tense relationship becomes quite heated as farmers will lose their source of income. A lack of prevention and protection for people and the wildlife, can hamper conservation efforts, and retaliation killings are on the rise. 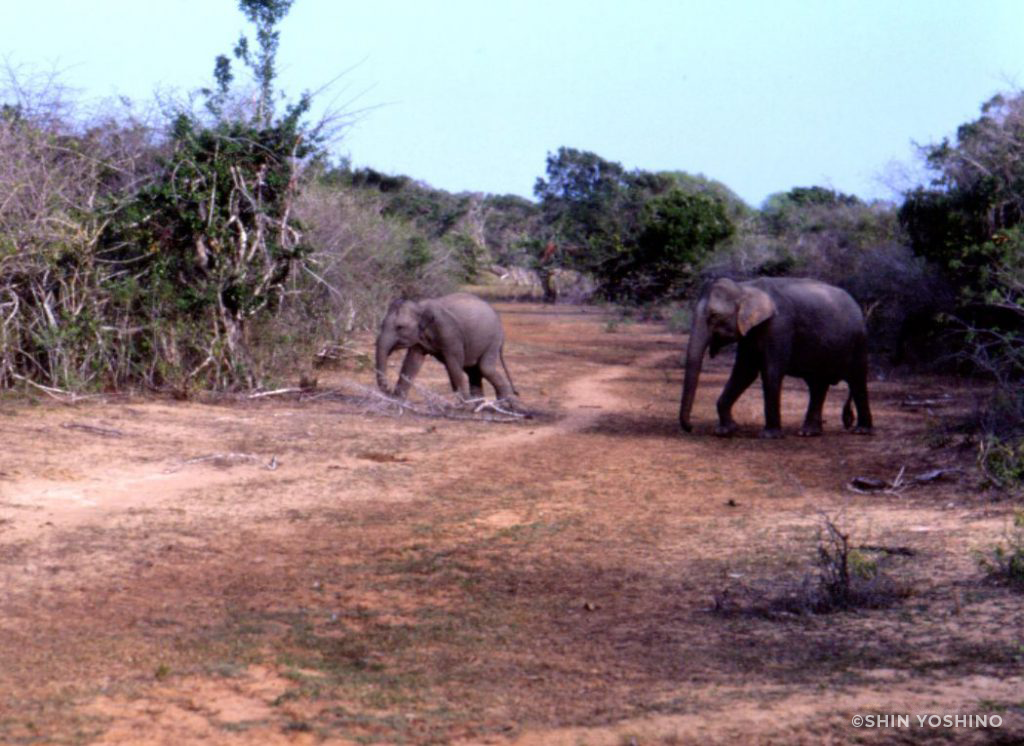 In order for elephants to survive in the long term, it is necessary to provide large and connected areas composing of different habitats (a mix of forest, grassland, water access, etc). Considering the long term survival of elephant local populations, it is required to have several thousand square kilometers (The total area of Tokyo is only 2,000 square kilometers). If there is no habitat for them, the elephants will not have a future. In order to secure the habitats they need, it is necessary to systematically and thoughtfully adjust the human land use in these large areas.

First of all, the most important areas should be designated as protected areas as much as possible to prevent further deterioration of primary habitats.

On the other hand, it is impossible to enclose them only on protected areas. Therefore, it is vital to ensure there is an important connection, a wildlife corridor, between some patches of a certain size (which includes already designated protected areas). This corridor would be used by wildlife as a biological corridor, allowing for seasonal movements, of wildlife freely from one patch of habitat to another. In the case of the Asian elephant, the corridor needs to be 0.5 to 1km in width and less than 5km in length. If the width is too narrow or the length too much, the risk to humans and their crops increases. By maintaining a continuous type of vegetation, the corridor can be more effective at avoiding human-wildlife conflict.

Sadly, it is rare to find these kinds of optimal conditions. It is hard to maintain reserves and corridors that are large enough and functioning well enough to promote conservation of large wildlife like the elephant herds. This landscape level approach to conservation needs to be considered when planning land use like harvesting forest materials, building roads or pipelines for infrastructure development. In order to gain a local understanding of such issues, combining prevention of personal injury and crop damage caused by elephants and compensation for damages, plus education of why these wildlife need protection are all key elements of a successful conservation strategy. Indeed it is vital. 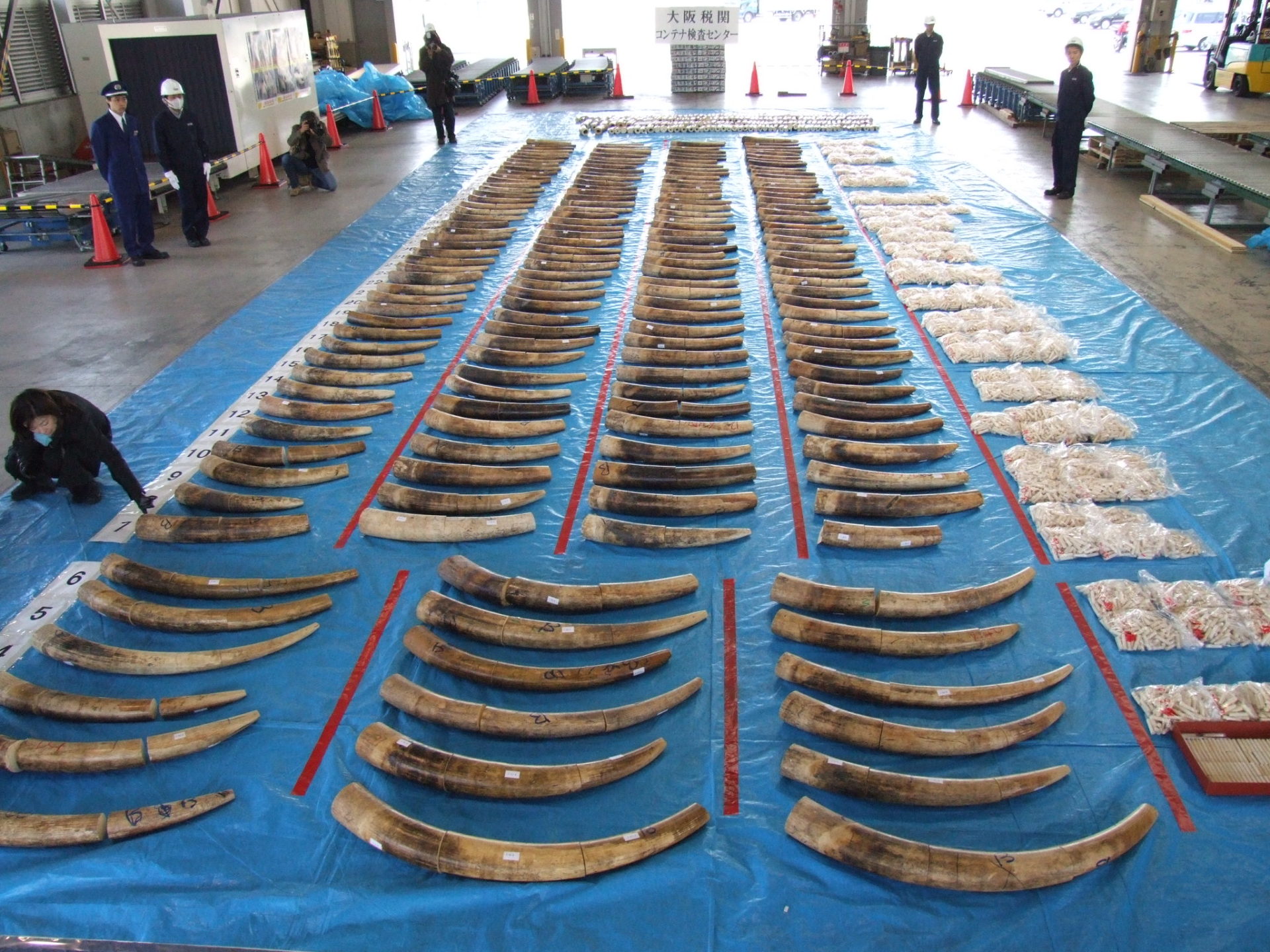 The main aim of poaching is not for skin or meat, but for the expensive ivory to be traded in the international black market. The number of African elephants halved from 1.34 million to 625,000 in the decade of the 1980s. This was due to the intensive poaching of ivory in the late 1970s and 1980s. The ban on international trade of ivory poaching and illegal trade dramatically reduced just after the tragedy. However, illegal traders returned to killing again, probably because Japan and a handful of countries continued to push for a resumption of the ivory trade. By 2006, poaching for ivory began to increase again, and from 2010 to the present (2016), elephants continue to be killed on a scale of more than 20,000 a year.

Since 1990, international trade in ivory has been banned under CITES. However, illegal trade in ivory and the poaching of elephants for that purpose have only intensified from 2006 to the present. As long as there is a demand for ivory, there will be people who commit crimes to fuel the market. If countries continue to allow legal transactions in legal domestic markets, it will be easy enough to launder illegal ivory into the system for legal products. Naturally, illegal transactions will only increase. In order to eradicate poaching and the smuggling of ivory, it is necessary to ban the sale of ivory worldwide. Fortunately, the Conference of the Parties to the Washington Convention adopted in 2016, a resolution calling for the closure of all the domestic ivory markets.

However, it is the official view of the Japanese government that “the domestic ivory market in Japan is not subject to the closure recommended by the resolution.” The government has consistently put priority on sourcing raw materials for its ivory industry, even after the international ban on ivory trade first happened in 1989. The domestic ivory market has been re-activated by Internet sales, and has encouraged the illegal import and export of ivory. However, despite the fact that our domestic illegal transactions have shown a marked increasing trend, the government refuses to acknowledge any problem. The government officials refuse to comply with the 2016 Domestic Ivory Market Closure Resolution, as well as to avoid dealing with serious loopholes in ivory trade controls. They seem to want to revitalize the ivory market and ivory trade, promoting more people to register ivory for legal sale. Under these circumstances, the risk of Japan’s domestic ivory market being used as a cover for illegal ivory is ever increasing. It is required that the Japanese market be closed urgently in accordance with the CITES resolution.

General Information About Elephants
Support Our Activities!
How the money in the fund would be spent