Since its discovery in 1965, only 100 individuals are thought to be living on Iriomote Island, the smallest area in the world where wild cats are found. The survival of Iriomote cats keeping their original wilderness is a testament to the long harmonious coexistence between nature and the people living on the island.

How did the mam and kittens of the cat accidentally appear on the road? 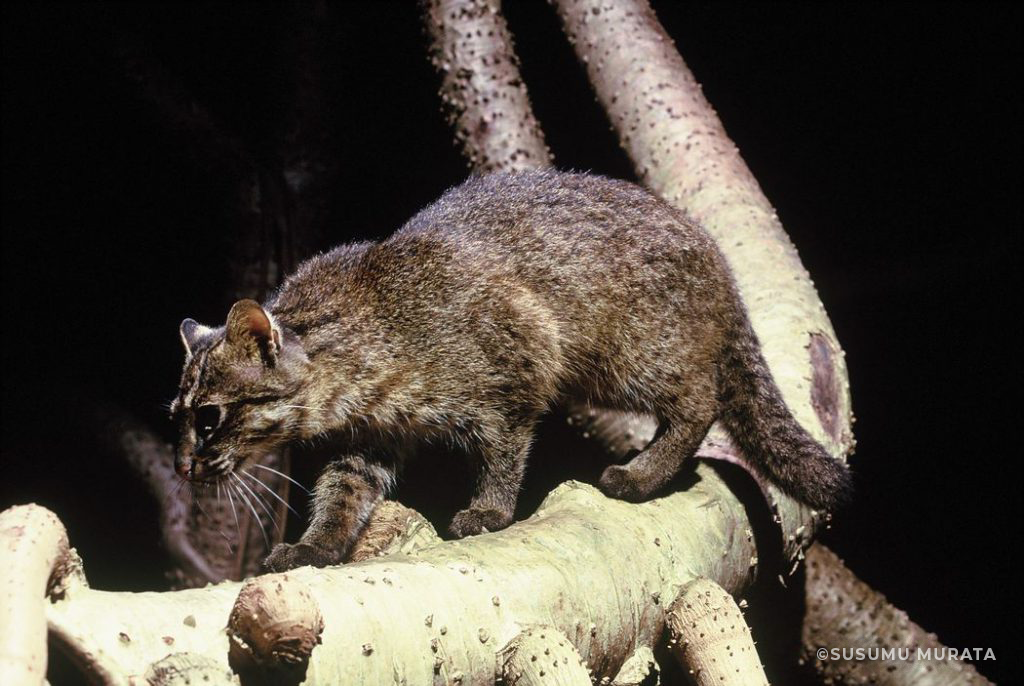 JTEF conducts a night patrol of the highway from 7:30 PM to 10 PM, which is the window of time that a cat might possibly be encountered. The teams drive a car with a revolving warning light at 20 – 30 km/h, to remind passing drivers to slow down; and to scare away the cats seen on the roadway; as well as to remove any roadkill that may end up attracting the wild cats.
Recent Iriomote Cat Road Kills -2018

The adventure in Iriomote island

In the latter half of this video, you can see how Iriomote cats would jump in front of your cars in the evening. 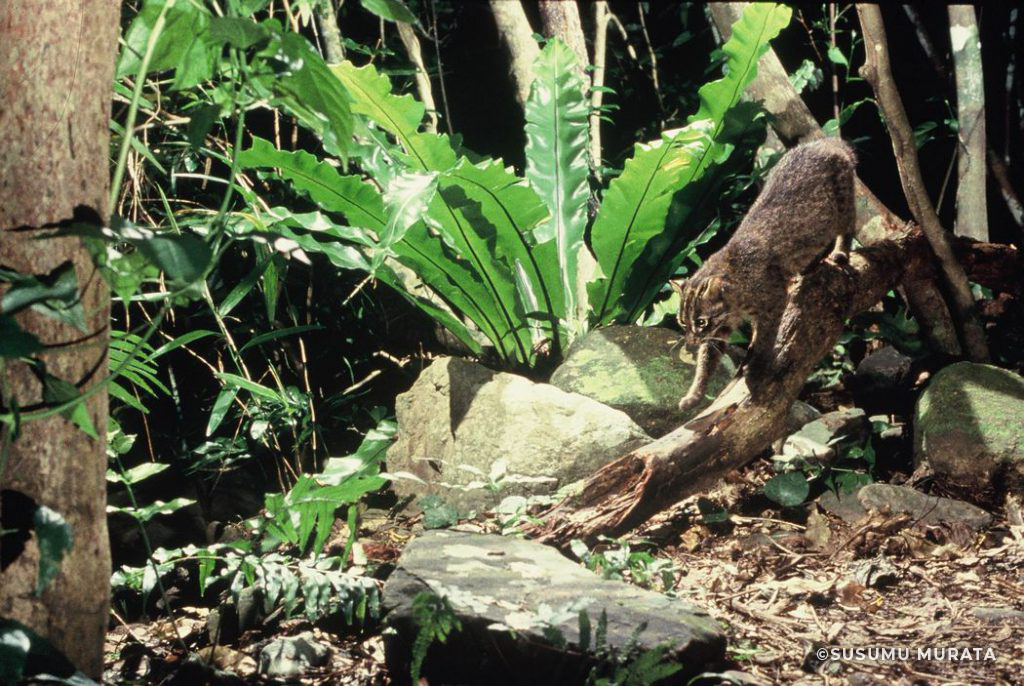 In order to secure the long term survival of the endangered cat, it is critical to protect their habitat which is limited to no more than 289 km2 on the island. For this purpose, JTEF evaluates the importance of each area as the habitat of the cats, assess the impact of any development projects (tourism infrastructure, land improvements, roads, etc.), and make recommendations to the relevant agencies for minimizing the impact to the habitat. JTEF is also working in an advisory role for the authorities to introduce a total volume control of visitors (eco-tours) who are penetrating more and more into and impacting the habitats, as well as enacting a regulation ordinance on watching and photographing of the wild cat. 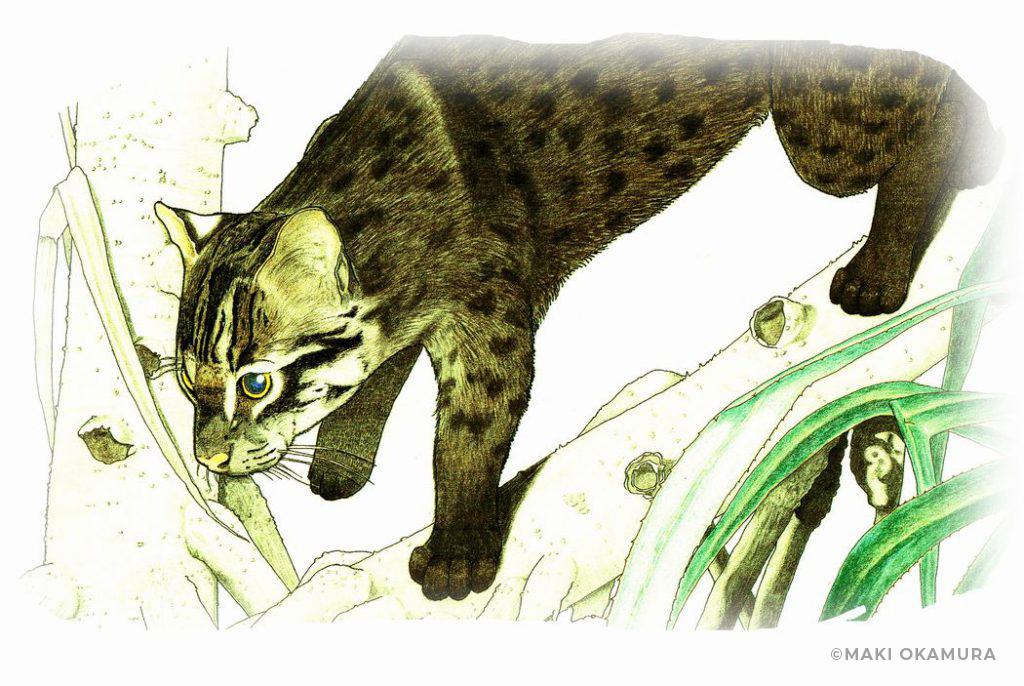 The Iriomote cat (Prionailurus bengalensis iriomotensis) was listed as critically endangered sub-species in both IUCN and Japanese Red List. And also the cats have been designated as a Special Natural Treasure by a law called Cultural Properties Protection Act and as a National Endangered Species by a law called Law for Conservation of Endangered Species of Wild Fauna and Flora. The following three factors are the biggest threats to Iriomote cats.

There is a prefectural road which is the only major road that runs from the Southeast to the Northwest along the coastline. This road runs directly through important habitat for the cats, the lowland areas which serve as one of their hunting grounds. So cats now inevitably have to risk crossing over the road and being killed by cars. 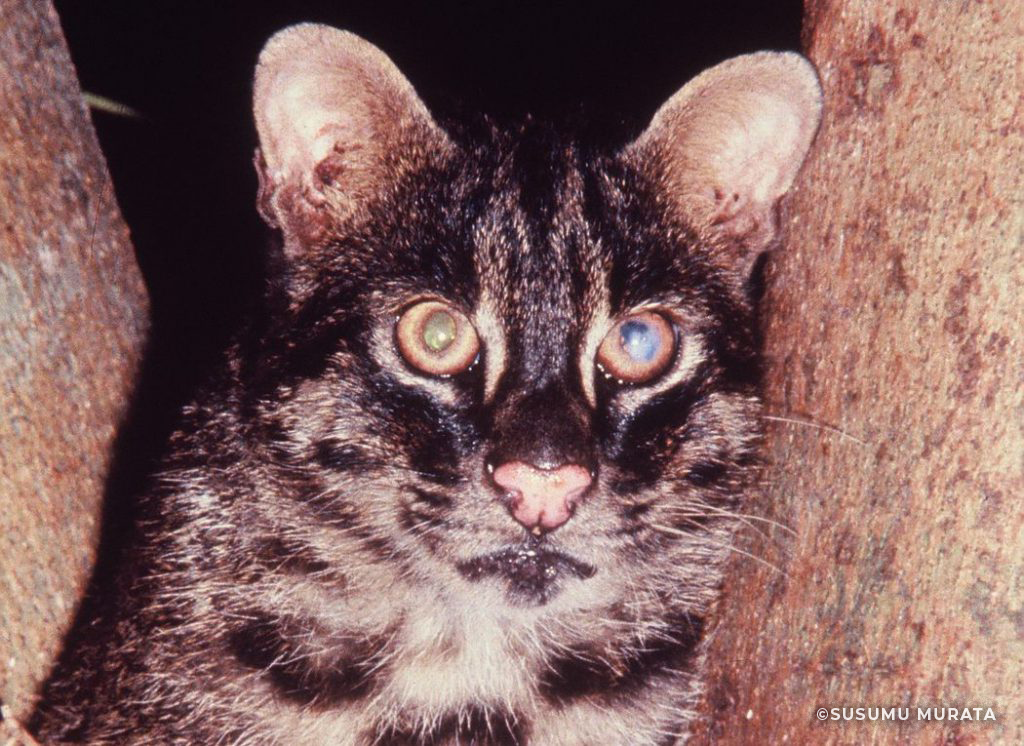 In these past 40 years (1978-2017), 79 traffic accidents were reported, and 75 cat carcasses confirmed (See the most updated records on “Our ongoing projects”). For such a critically endangered cat species with extremely small population comprised of 100 individuals, this number is substantial. To make matters worse, the traffic accidents are increasing. The highest record of cats killed by traffic accidents happened in 2016 sadly, with 7 reported incidents.

In order to decrease the risk of car strikes, it is important to construct roads in a way that allow the cats to move freely between the coastal lowlands and the mountain habitats without having to step out on a road. Also, a series of measures should be taken to actively remind the drivers whose speed are legally limited to 40 km/hr at maximum on the Prefectural road and other of the risk of really encountering a cat.

Okinawa Prefecture have installed as much as 123 small underpasses  along the 53 km Prefectural road, which are large enough for a bending person to pass through. Additionally, some flyovers have also been constructed. Nevertheless, road collisions of the cats have never ended but rather they have increased. As a response of the critical situation, a fence for preventing cats from entering on the road was experimentally installed by the Ministry of the Environment and Okinawa Prefecture. While the fence got a certain result, it also became apparent that it does not seem to be a technological ‘silver bullet.’ This is because of the high cost of installation and management of such a wide-ranging fencing project, which makes it impossible to implement. Thus, recently, a completely new approach to change the driver’s behavior is getting attention again.

2. Mitigating the Impact of Land Use

The habitats that the Iriomote cats prefer are the rich lowland areas like wetlands and swamps. However, this is also where humans tend to develop roads, agriculture and build residential areas. In the most recent years, tourism has become one of the main economic industries for the island and with it, brings new development for resorts and other facilities.

If such land use is further continued without regard for important habitat areas for the cats, the habitat will continue to deteriorate and eventually the wild cats will be pushed out from its home forever. 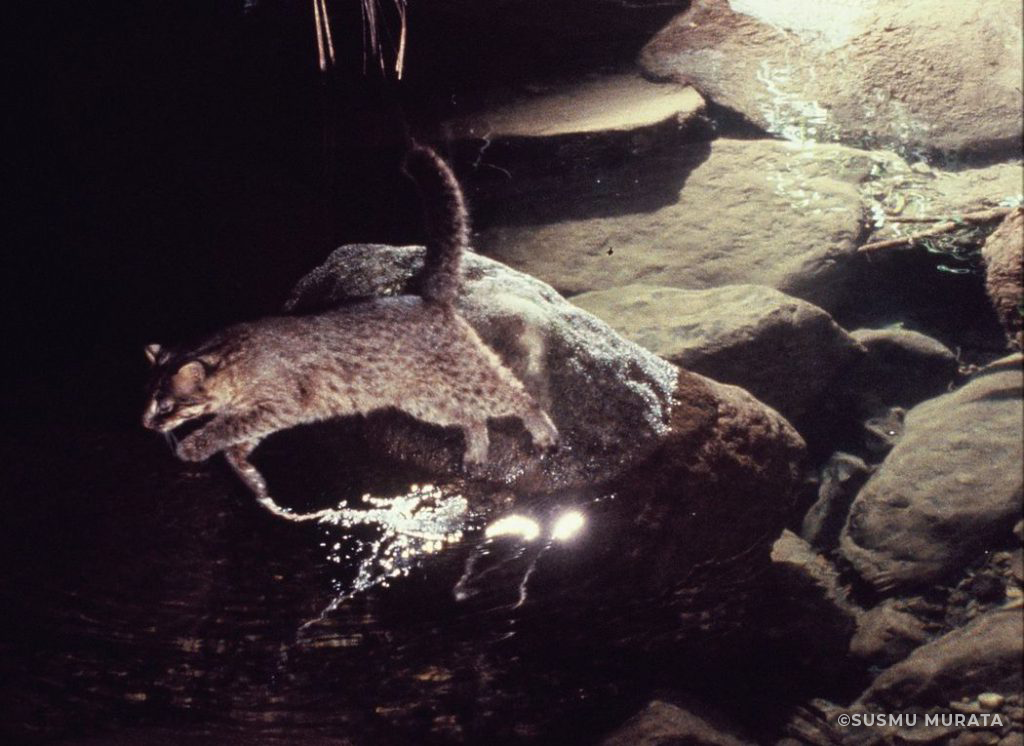 As tours invade more and more into the areas along mountain streams and swamp forests, which are included in important habitats for the cats, there is a growing concern about the impact this may have. Increasingly frequent visits to places where people have not normally been may interfere with the cat’s natural behavior. Also, the vegetation,  micro-climates of soils and water quality may be adversely affected by the large number of people, foot traffic, sunscreen and trash they bring. This type of pollution and impact may affect, not only the cats, but also the other plants and animals living in the habitats as well.

Three years after description in the World Natural Heritage site list, the number of tourists is expected to reach 700,000, doubling the recent tourism to the island. This tourism is becoming an increasingly alarming threat to the Iriomote cat.

The entire island is the critically important habitat for the cat and it is necessary for us to limit the damage done by tours and people who enter the wetlands and rivers. As a management strategy, setting out a limit the total number of tourists entering each area of access and regulating their conduct (such as not venturing off the path) in such areas  by a local ordinances  then are required. As tourism increases, the wish to observe the cats and take photos or videos of them also becomes more and more intrusive, causing the cats to change their natural behavior. So JTEF also would like to see restrictions placed on observation activities so the cats are not forced to leave their hunting areas or become too accustomed to people which would increase the risk of road kills.

General Information About Iriomote Cats
Togawa Yukio's Discovery Of The Iriomote Cat Species
Support Our Activities!
How the money in the fund would be spent