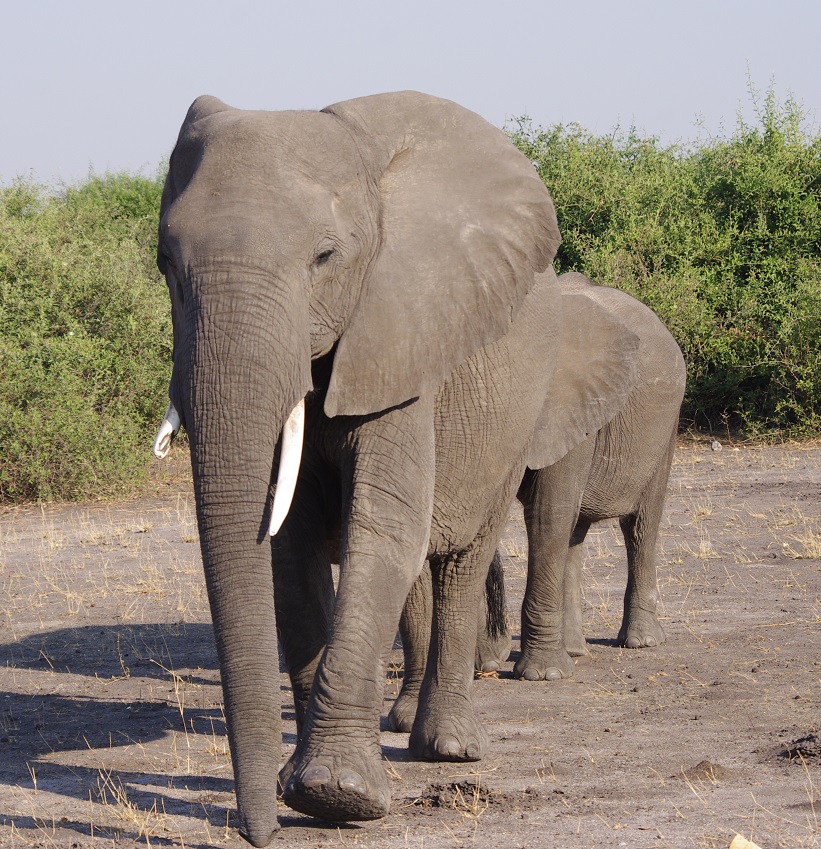 June 7, 2019, Japan’s Ministry of the Environment (MoE) announced their “plan to tighten the examination on applications for ivory whole tusk registration”.

Domestic ivory trade in Japan is controlled by the “Law for Conservation of Endangered Species” (LCES). The key of the controls is the regulation “prohibiting transferring or receiving ivory without registration”.

However, the regulated “ivory” is limited to “tusks maintaining their whole shape”. Ivory cut pieces and products not maintaining the original silhouette like a crescent can be traded without registration.

But, in other words, is it true ivory trade has been effectively regulated as long as whole tusks are concerned? That’s not true, also.

Needless to say, some legal requirements for allowing registration are set in place. Only the whole tusks imported into or obtained in Japan before January 18 1990 when international ivory ban was implemented can be registered. (Some whole tusks imported after the date as formally permitted ones as the exemption of international ban could be registered. But, no such case has been seen since 2010.)

In the case, it is crucial for the registration scheme to be meaningful “to prove correctly that the date of acquisition is before January 18 1990”.

However, the “Japan Wildlife Research Center” http://www.jwrc.or.jp/service/cites/regist/kikan/1.htm, under the direction of MoE, has accepted a line dropped by a family member or friend of registration applicants (the “third party witness” as MoE calls), who claims “I saw the ivory tusks in his house long time ago.” No surprises, Japan Tiger and Elephant Fund (JTEF), Environmental Investigation Agency (EIA US) and other conservation groups have repeatedly criticized the policy “legalizing whole tusks with unknown origin getting registration endorsement”. In fact, Miyagi and other Prefectural Polices cracked down organized fraudulent registration and recommended MoE to close the loophole of registration procedure. But, MoE ignored the recommendation and intends to continue the slippery practice until the end of this month (June).

The “tightening” recently announced by MoE is, specifically, “to require an objective supporting proof including the results of carbon-dating for the third party witness which is to be submitted as the evidence proving the pre-ban date of acquisition claimed by the applicants for registration”.

Finally, MoE changed its mind so that it will be “no more satisfied simply by a third party witness”. Because carbon-dating method cannot identify when the ivory tusk was obtained by the registration applicants, it is only designated as a “supporting proof” of the third party witness.

But, the real problem or “legalizing whole tusks with unknown origin getting registration endorsement” would not be resolved by this new policy.

The first issue is that the protocol prepared by MoE for sampling a whole tusk to be tested should make it impossible to definitely confirm whether the ivory sampled and the whole tusk to be registered are same or not.

According to the protocol, the applicant has to sample the whole tusk to be applied for registration by himself, send the sample to the institution he chose and submit the result to the Japan Wildlife Research Center.

Once the whole tusk is registered, the tusk can get sold together with a registration card to be issued for it.

But, how can it be possible to confirm the sampled ivory and the whole tusks to be legalized?

The registration examination is entirely document-based as ever. The only clue is the photos to be taken before and after the sampling, and submitted with the result of carbon-dating to the Japan Wildlife Research Center by the applicant. 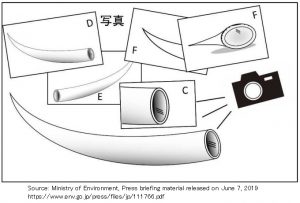 It is more than a self-serving opportunism to determine the identity of ivory based on just the photos. I can just imagine the face of ivory dealers full of sneering to see MoE’s protocol.

The second issue is much more serious.

It may be true that the new policy will reduce the tusk registration due to the high cost for carbon-dating of $600,000 to 900,000 per one sample. But, Japan has already stocked over 160 tons of registered whole tusks partially courtesy of MoE’s registration promotion campaign for the last one year and 9 months as well as 70 tons of ivory cut pieces and unregistered ivory the amount is unknown. Nevertheless, carbon-dating is not required for those huge amounts of ivory already stockpiled before July 1, 2019. In consequence, such ivory with dubiety about the legal acquisition would continue playing a roll of “cover” for illegal ivory and source of items to be illegally exported abroad.

Where is such a legalized domestic ivory market offering huge amount and variety of ivory as openly as Japan’s one?

Regardless of the “insisting” by Japanese government, the poorness of the “brad-new tightening” announced just yesterday demonstrates “how things are out of control in reality”. It has been getting more and more obvious that there is no choice for Japan except closing its domestic ivory market to align with the US, China, the UK, HK SAR and other nations.