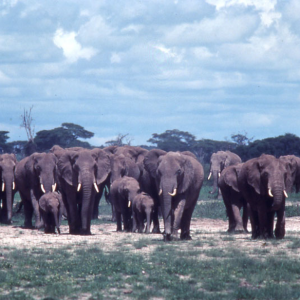 Geneva, Switzerland
Elephant advocates are celebrating reports that Yahoo! Japan, the world’s largest internet ivory retailer, has decided to end sales of elephant ivory on its platforms by November 1st, 2019. The decision was based on evidence that ivory purchased on Yahoo! was being exported illegally to China, according to inside sources. It comes on the last day of the global wildlife trade conference in Geneva where Japan’s domestic ivory market has been in the spotlight with a growing chorus of countries calling for its immediate closure.

“This is great news for elephants,” said Danielle Grabiel, Wildlife Team Lead for the Washington, DC and London, UK based Environmental Investigation Agency (EIA). “Yahoo has recognized what the Government of Japan still denies: Japan’s legal domestic ivory market contributes to illegal trade and the only solution is to shut down sales of ivory in the country.”

Japan is the world’s largest remaining domestic ivory market. In 2016, countries that are party to the Convention on the International Trade in Endangered Species of Wild Fauna and Flora (CITES) agreed by consensus on a resolution calling on ivory markets that contribute to poaching or illegal trade to close as a matter of urgency. Japan has repeatedly claimed that they are exempt from the resolution. But at meetings this week in Geneva countries affirmed their commitment to the resolution and further agreed by consensus to focus scrutiny going forward on markets like Japan and the European Union placing the onus on them to show their markets do not contribute to illegal trade.

The 2020 Olympic and Paralympic Games will be held in Tokyo and campaigners are calling on Japan to close its domestic ivory market prior to the start of the games. “We are expecting 10 million people will visit Tokyo next summer for the Olympic Games. What kind of message does it send if ivory is widely available for purchase? Japan has an opportunity to demonstrate its commitment to conservation and generate goodwill before the games by closing down its ivory market,” said Masayuki Sakamoto, Executive Director of the Japan Tiger and Elephant Fund.