We will have an event for JTEF and Our Partners The Ueno Zoo!

From 6:30PM, JTEF President Kumi Togawa, will have an discussion with the Ueno Zookeepers about the latest updates regarding wild elephants.
Additionally, fundraising merchandise for JTEF will be sold by YUI from 3PM, with a Zookeeper talk happening at 5PM in front of the Elephant Exhibit.

There are two species of elephants in the world, African and Asian elephants. The population of Asian elephants is 46,000-49,000 living in the wild in 13 different countries. Up to 60% of the world population (27,000 individuals) can be found in India. India is the only country that has the expansive area needed as a natural environment where more than 10,000 elephants can live.

Sadly, everywhere in the world the places where elephants live is becoming more and more divided as land continues to be developed and carved into roads, farms, and human settlements. It is the greatest threat to Asian elephants to lose their home habitats. Because they are large animals, they need to keep moving while eating grass, leaves, and tree bark.

In order to protect elephants’ future, we need green spaces that connect large natural areas, ‘Wildlife Corridors.’ These areas connect the forests of the habitat must be well protected from development. 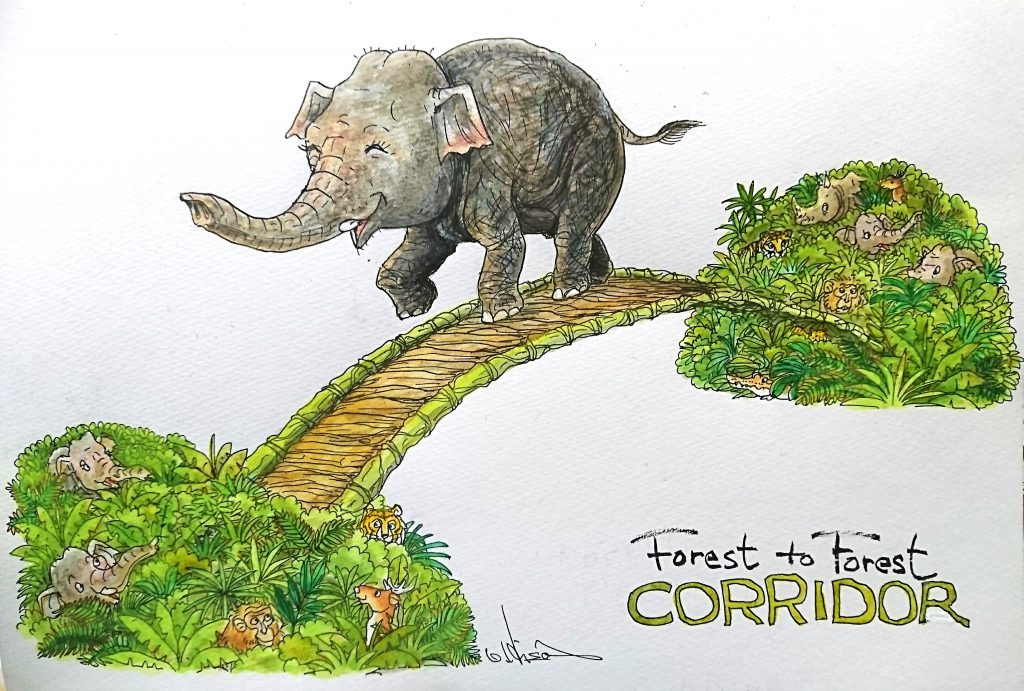 Villages keep growing or popping up and as these elephants have been moving for thousands of years, they will sometimes invade the crop fields and eat the nutritious plants the humans are growing in their migration routes. But sadly, it results in increasing troubles between humans and wildlife, where elephants end up getting killed or worse, people getting trampled.

A big problem is the lone male elephants that are stronger-willed and when there are no crops in the fields, they may break into the villager’s homes and plunder their food storage or drink their alcohol. 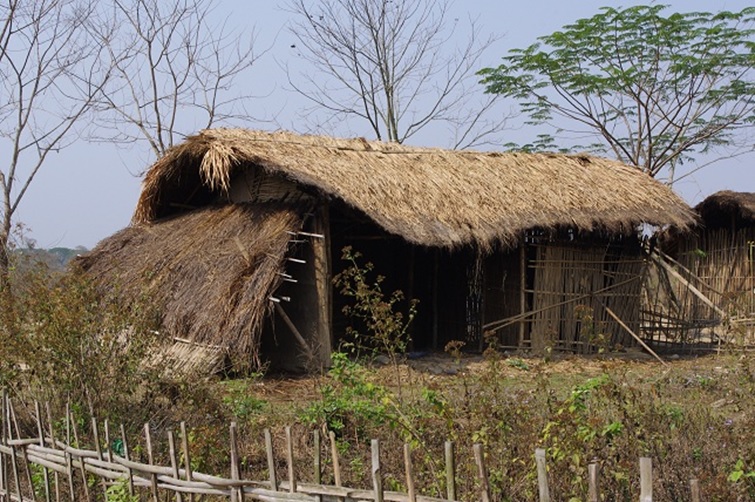 The villagers who live in these areas with the elephants on a daily basis are the ones who will have the hardest time understanding ‘coexistence.’ But if they cannot get along, the elephants’ future is threatened.

Until there is no place to sell ivory, the poaching will not stop.

For African Elephants, the biggest problem is that more than 20,000 elephants are being killed every year – poached for their ivory.

Ivory is strictly regulated by CITES and various international bans for selling ivory across international borders. But the long-continued domestic markets for ivory are only now being pulled back or controlled and this helped the trade continue.

In 2016 an announcement to close the domestic markets helped slow the markets…especially as China, the USA, Hong Kong, Taiwan and other major markets have already taken steps to end all trade. However, Japan continues to sell, claiming that they are not involved with illegal transactions and so they do not need to close their markets. 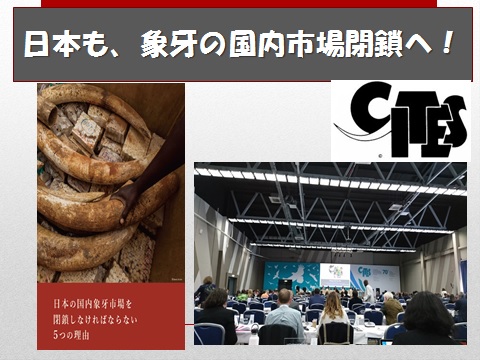 #CoP18 will start next week with the countries meeting again to discuss the issues facing endangered species around the world, including this Ivory issue.

How will our Japanese officials respond to the many international voices calling for the closure of Japan’s domestic Ivory market?

This Elephant day, we hope you can join us in our event at the Ueno Zoo and support our efforts to keep raising awareness about these issues.

You can drink a cool refreshing drink while listening to the talk at 6:30PM in the Wisteria Trellis Concessions area in Ueno and imagine what the wild elephants in the world are doing!

Take ACTION by signing the two petitions on Avaaz and WildAid Japan to encourage the Japanese government to close their domestic Ivory programs.

All stories by: admin
Press Release: One Year Out from 2020 Tokyo Games, NGOs Appeal to Tokyo Governor to End Ivory Trade
Decision by Yahoo! Japan to End Ivory Sales Celebrated by Elephant Advocates