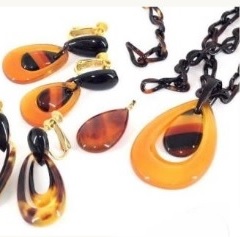 A report is released today by the Japan Tiger and Elephant Fund (JTEF): “Dark Side of the Everlasting Tortoiseshell-Crafting in Japan”.

The hawksbill turtle (Eretmochelys imbricata) is one of the seven species of sea turtles and is listed as “Critically Endangered” (CR) in the IUCN Red List. One of the major threats to hawksbills is illegal take for the purpose of commercial trade in its tortoiseshell; used exclusively as a raw material for crafts called “bekko zaiku (crafts)” in Japan. Japan was famously the world’s largest country importing tortoiseshell.

All populations of hawksbill turtles were listed in Appendix I of the “Convention on International Trade in Endangered Species of Wild Fauna and Flora (CITES)” prohibiting international trade for commercial purposes. Japan had to stop importing the tortoiseshell eventually in 1993. It seemed only natural that the bekko stockpiles (imported until 1992) would completely run out in the not-so-distant future, and that the bekko industry would collapse accordingly.

But in fact, the bekko dealers’ stockpiles of raw materials never really diminished, even now. Masayuki Sakamoto, the executive director of JTEF said, “We surveyed details of the closing bids of bekko crafts in Yahoo! Japan Auction in 2018 and 2019. The sales of them for the 2 years achieved about 18,000 – 30,000 final bids worth about US$ 2 – 3 million. On the other hand, the number of dealers who had reported their stockpiles has hovered within a similar scale for the past 20 years. I thought that’s too strange. It’s got to be because the only source of new bekko is smuggling”.

JTEF investigated and analyzed the past 10 cases of tortoiseshell smuggling along with the customs data to figure out when and how much smuggled bekko entered into the dealers’ stockpiles, and how bekko dealers were involved in smuggling.

“There is no doubt about that smuggled bekko, with much more amount than the one suspended at the border from importing, has continually entered in their stockpiles, especially between 1994 and 2006”, Sakamoto said. “We also revealed an intensive involvement of bekko dealers with smuggling. The reason why the reported “legal” stockpiles have unreasonably been spared from depletion, was because a considerable amount of smuggled tortoiseshell has gone into the stockpiles” Sakamoto continued.

In the meantime, more recently, the smuggling attempts have increased, after a 10 years’ rest period. This phenomenon implicates that the bekko dealers were struggling to restock, due to gradually reducing their “legal” stockpiles. The smuggled shells had greatly increased the stockpiles, particularly in the period from 1994 to 2006. The smuggling pressure on Japan’s border is obviously increasing now; so it is clear that the domestic bekko market is instigating that trend. The critically endangered hawksbill turtles will face a growing threat to their survival, if this market still continues to exist.

What does the Government of Japan have to do?  Sakamoto vows, “The domestic bekko market is in an abnormal condition: while it is still supported by a persistent demand for bekko crafts, the only way to secure the raw material for production is to rely on criminal activities. This kind of market should be closed in a systematic manner as soon as possible, within a certain period”.