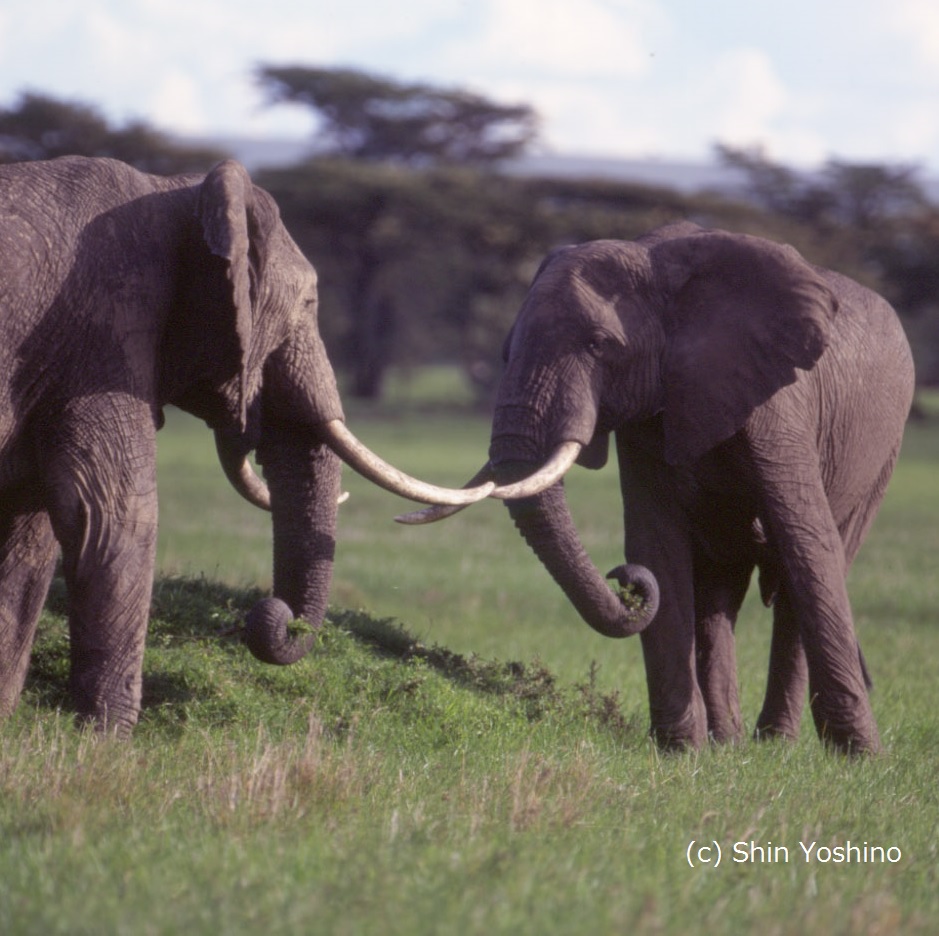 2020 Olympics Games are now over. Focus on the closure of TOKYO ivory market.

31 organizations in the world jointly sent a letter to the Tokyo Governor, Yuriko Koike to take steps to ban most elephant ivory sales.

Dear Governor Koike:
Congratulations to the Tokyo Metropolitan Government (TMG) for successfully hosting the Tokyo Olympic and Paralympic Games. We appreciate your tireless efforts to meet the many challenges posed by the COVID-19 pandemic. Now that the Games are over, we urge Tokyo and Japan to focus on pending matters of global importance, including the assessment of Tokyo’s ivory trade policies and establishing measures to eliminate the illegal ivory trade and, thereby, protect African elephants.

When the Advisory Council was first established in January 2020, we were hopeful that Tokyo was moving in a more progressive direction than the national Government of Japan. However, after many council meetings and postponements due to COVID-19, we were extremely disappointed in the meager steps announced by the TMG in June 2021. Hosting the Games provided a global platform with a massive international audience and a significant opportunity to send a powerful message by announcing Tokyo’s intent to close its market for ivory to protect elephants, an opportunity that was missed.

Tokyo’s “new” campaign to educate ivory product retailers and consumers about the illegality of export falls far short of the minimum measures needed to address this issue, and essentially replicates an awareness campaign previously conducted by the national government. Investigations by Japan Tiger and Elephant Fund (JTEF) and the Environmental Investigation Agency have demonstrated that many ivory retailers are wiling to sell ivory products to a customer intending to export these items, despite knowing that such exports are illegal. Other findings by JTEF and WildAid documented Tokyo ivory businesses targeting Chinese consumers. These findings are extremely concerning given the persistent, albeit decreased, demand for ivory in China.  A study by WWF and GlobeScan found that 19 percent of Chinese tourists to Japan intended to buy ivory and that 12 percent actually did, with most bringing it home despite knowing that doing so is illegal. It is clear that an awareness campaign about the illegality of ivory export has not been enough. With a high volume of incoming Chinese tourists to Tokyo, substantive action is urgently needed.

Many stakeholders, including more than 30 non-government organizations, experts in conservation biology and law, and various governments and government officials, have appealed to Tokyo to take action to close the domestic market for elephant ivory. During the Games, following a joint letter that they sent to the Tokyo government, former U.S. Secretaries of State Hillary Clinton and James Baker III released an influential opinion piece in the Washington Post appealing to Japan to finally end the sale of elephant ivory and preserve its reputation as a global leader. Appeals from African nations with threatened elephant populations, such as those in the African Elephant Coalition, have been ignored. Some of the experts on the Advisory Council also suggested that Tokyo could and should take steps towards closing the market within its jurisdiction.

In spite of influential stakeholder appeals, little action has been taken by Tokyo or Japan thus far. While COVID-19 put much on hold, poachers did not pause and elephants have continued to be killed to supply the illegal trade in and demand for ivory. The International Union for Conservation of Nature (IUCN) recently raised the threat level of the African savannah elephant from Vulnerable to Endangered and listed African forest elephants separately as Critically Endangered. Urgent action to protect elephants from the trade in their ivory remains a priority. Other governments and jurisdictions continue to take steps to close their ivory markets. For example, Singapore’s ban went into effect in September this year, and Israel recently implemented strict measures to close the market. Legal markets are problematic, creating a cover for the trade in illegal ivory, stimulating demand, undermining enforcement and awareness efforts, and sending the message that ivory is a desirable product. In contrast, closing the market sends a clear message that the sale of elephant ivory products is taboo anywhere.

In the wake of the Olympics, we respectfully make the following recommendations to you and the TMG:

The world must come together to protect our wildlife treasures given the current biodiversity crisis, and every nation has a role to play in ending the poaching of elephants for the illegal trade in their ivory. After bringing nations together for the Olympics, we encourage Tokyo, and Japan, to do better and go further to protect the world’s elephants for future generations.