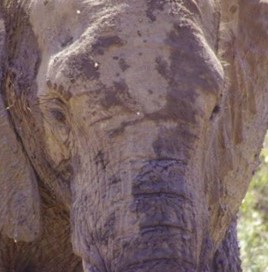 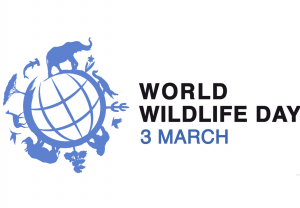 According to predictions, corona virus is unlikely to stop influencing things soon. Many people may feel it’s an unexpected disaster. But, it’s not true. This kind of incident could have happened at any moment. Our society has already experienced outbreak of SARS and subsequently, several types of bird flu, etc. The root of outbreak, even on a pandemic level, in some cases like these newly emerging infectious diseases, are the results of human beings stirring up the natural ecosystems violently, which have been diversified in each area of the planet..

We warned the same thing at that time, when SARS flourished, but have to repeat it now that we must reconsider about commercial exploitation, consumption and trade of wild animals not only from the view of the conservation of wildlife but also from the view of the global security of human kind. Furthermore, we must stop demanding wildlife products for “non-essential” purposes (a very popular word now!) at least.

In Japan, unrelated to disease per se, one of the symbolic commercial exploitation/consumption/trade issues of wildlife is the problem of the ivory trade.

The Government of Japan (GoJ) has publicly stated that commercial exploitation of ivory is “good.” GoJ has taken a persistent policy that protects the domestic ivory industry, stoking the ambitions of African range states for exporting ivory and totally ignores the criticism from environmental protection groups.

On the other hand, a noteworthy development emerged recently. Yuriko Koike, the Governor of Tokyo Metropolitan Government (TMG) announced that she will establish an Advisory Committee on ivory trade controls in Tokyo on 10 January, 2020. She mentioned that this initiative is based on the criticism from the international community saying that “the risk of promoting poaching or illegal trade for Japan’s ivory market” and “multiple reports on illegal ivory export from Japan to abroad”. Thus, TMG decided to carry out an independent investigation and examination on the ivory trade in Tokyo, and take necessary measures. It is expected that TMG will prepare the report by this coming May, responding to the concern of the international community, that unknowingly international visitors may illegally transport ivory back to their home countries. We will have increasing numbers of foreigners in Japan for the Tokyo 2020 Olympic and Paralympic Summer Games. People would be able to legally purchase the ivory here, and perhaps take it back to their home countries, which is an act that violates CITES. The motive of the Governor may be derived from the letter of New York City Mayor last year. It is enormously significant that she decided to act before the opening of Tokyo 2020 Games.

The points to be considered by the committee and the Governor are as follows:

First, it is essential to offer Tokyo’s own basic policy to be deserving the appreciation by the international community. TMG must not end up as just a compromise to the GoJ policy.

Second, the measures by Tokyo should be effective enough to satisfy the international community, i.e., it is essential to feature a regulation on the ivory trade. At the same time, a backstop measure prior to the summer games must be implemented to prevent export of ivory to be purchased in Tokyo during the events.

JTEF believes that putting an end to the ivory trade would probably lead to a more serious review of Japan’s commercial exploitation/ consumption/ trade of wild animals from the perspective of global human security.