REPORTS: What is the “holistic approach” to address increasing tourism/visitors pressure in Iriomote Island?

On 17 October, 2017, the IUCN experts arrived in Iriomote Island to conduct an on-the-spot review on the nomination of Iriomote Island for inscription in the World Heritage List. On 19 October, the Government of Japan hosted a meeting between IUCN experts and local stakeholders of Iriomote Island as a part of the on-site review by IUCN. At the meeting, the experts then noted their comments as tentative evaluations, including the outcome of the on-the-spot review. The most important points of their comments are as follows; 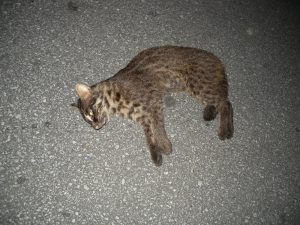 Firstly, in the context of inscription on the World Heritage List the most outstanding issue for Iriomote Island is the potential for adverse effects from tourism/visitors pressure on the ecosystem. They also expressed a sincere concern about the prediction of an increase in visitors to Iriomote Island, predicted to be more significant than the 3 other nominated areas.

While JTEF evaluated and made recommendations on necessity for extending the areas of the nominated property and a significant improvement of the management plan in the previous report , it prepared the new report: “What is the “holistic approach” to address increasing tourism/visitors pressure in Iriomote Island?” and intends to add 2 new points as follows;

Firstly, more caution is needed to address increased pressure on the natural property caused by an increase of tourism/visitor pressure due to being added to the World Heritage List will be discussed (Section 1). Iriomote Island has already experienced sharp increases in tourists triggered by specific events in the past, so a similar situation is likely to happen if it becomes listed (“1.1”). Recently, the number of Iriomote cat road kills has been increasing and reached a record-high of 7 cases in 2016. This trend may be caused by an acclimatization of individual cats to human beings possibly due to the past 10 years of increasing numbers of visitors coming for invasive “eco-tours” which have penetrated into the critical habitat of Iriomote cats (“1.2”). Based on this, introduction of a comprehensive management of tourism/visitor pressure, which strictly meets the 4 requirements, will be necessary (“1.3”). 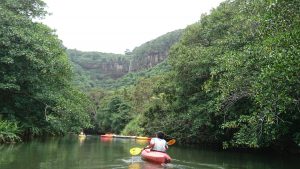 Secondly, the total volume control to be placed on tourism/visitor pressure where management is a serious issue on Iriomote Island will be discussed. The official institution of a comprehensive management scheme needs to first of all be based on a set of concepts, principles and legal framework for the entire island. Then step-down management for the especially vulnerable and small-scale ecosystems separately designed units can be effectively planned, implemented and enforced. Just what level of planning and enforcement required to manage Iriomote Island should be discussed thoroughly. Especially the case study of stream ecosystems in the North Coast Section which is one of the most critical habitats for the Iriomote Cat (“Section 2”).

All stories by: admin
REPORTS: “How ivory traders are capitalising on the failures in policy and governance, and corruption within institutions-”
BLOG: KEEN + JTEF Us 4 Iriomote